The airport operator is projecting passenger traffic at the LCCT, located at the Kuala Lumpur International Airport (KLIA), to hit 15 million in 2011, up from 10.1 million in 2008.

"We are projecting a 30% growth in passenger traffic at the LCCT this year, largely from the international side," Azmi told reporters during a tour of the new LCCT international departure hall yesterday.

The expanded terminal, which had doubled in size, also has more retail space and new facilities to cater for bigger aircraft. 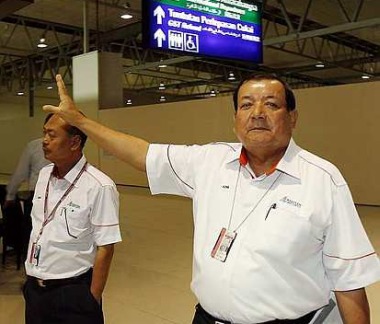 Last year, international travellers accounted for 50%, or 5.08 million passengers, at the LCCT.

By then, a new permanent LCCT, also at KLIA, is supposed to be operational, which has the capacity to handle 45 million passengers a year.

The present LCCT will then be reverted to its original role as a cargo handling terminal.

"We can no longer expand at the present site due to space constraints," Azmi said.

The LCCT was originally constructed at a cost of RM108mil in 2005, with later upgrades costing more than the original cost of building it as the LCCT doubled in size, which included a new RM45mil baggage handling system.

(Visited 221 times, 1 visits today)
This website is designed and maintained to search, gather, analyze, organize, categorize, and publish the widely available information related to LCCT, available both online and offline, for the sharing and benefit of visitors who will be using the Malaysia's LCCT (Low Cost Carrier Terminal) facilities to visit Malaysia. Read more about us. FYI: www.lcct.com.my is not affiliated, associated, not in any business relationship with Malaysia Airports Holdings Berhad (MAHB), the company in charge of operating the Malaysia's LCCT (Low-cost Carrier Terminal). Also, this website is NOT subsidized, funded, sponsored, endorsed, officially approved by MAHB or any airlines, food, telco, transport and many other companies mentioned. The privacy of our visitors to www.lcct.com.my is important to us. Please review our privacy policy.