IN the old days, Sepang was just a small town where people driving south using the old trunk road will pass without stopping, except for meals or to ease themselves.

But today the former sleepy hollow has become the major air gateway of the nation, with the 10-year-old KL International Airport (KLIA) and the Low-Cost Carrier Terminal (LCCT) located at its doorstep.

The F1 Circuit is located in its vicinity, together with hotels like the Marriott and the Palm Garden Golf Resort.

The town is under the jurisdiction of the Sepang Municipal Council (MPSp), which was upgraded from a district authority to a municipal council in 2003. 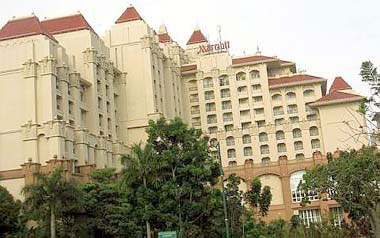 Need time to change: The IOI Resort and Marriott Hotel in Putrajaya.

According to MPSp president Azizan Mohd Sidin. the scenario had often led to confusion, with people wondering if Cyberjaya is under the MPSp jurisdiction.

He told StarMetro that once the IOI Resort City project was completed, the prominent buildings would revert to using the Sepang address.

"The Marriott management needs to discuss with its parent company before it makes any address change. Moreover the hotel has been there even before Sepang became a municipality," he said.

Azizan said IOI had asked that it be given a year to embark on a rebranding exercise.

"We have many places of interest in Sepang but, sad to say, many people still consider it a sleepy hollow.

"Only the KLIA and F1 circuit are considered to be its landmarks.

"Other prominent complexes are not using Sepang as their postal addresses and this does not help us in our endeavour to move forward. We are in discussion to address this issue," Azizan said.

(Visited 37 times, 1 visits today)
This website is designed and maintained to search, gather, analyze, organize, categorize, and publish the widely available information related to LCCT, available both online and offline, for the sharing and benefit of visitors who will be using the Malaysia's LCCT (Low Cost Carrier Terminal) facilities to visit Malaysia. Read more about us. FYI: www.lcct.com.my is not affiliated, associated, not in any business relationship with Malaysia Airports Holdings Berhad (MAHB), the company in charge of operating the Malaysia's LCCT (Low-cost Carrier Terminal). Also, this website is NOT subsidized, funded, sponsored, endorsed, officially approved by MAHB or any airlines, food, telco, transport and many other companies mentioned. The privacy of our visitors to www.lcct.com.my is important to us. Please review our privacy policy.