The bus terminal, now also known as Pudu Sentral, finally re-opened on 16th April 2011 after a long closure for renovation. It received a well-deserved major makeover, after having been in existence for 34 years. 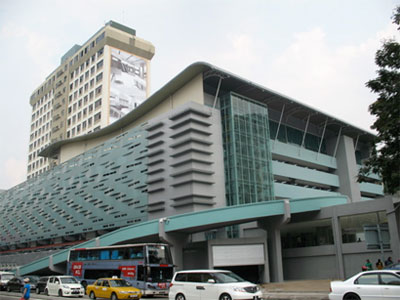 An expanded waiting area (across three floors) with 1,200 seats and plush carpeting was put in place, among other things.

Passengers go down to the boarding platforms via 22 new gates (tunneled stair-well) on the ground floor. The waiting area, ticketing counters, retail outlets and food court are now fully air-conditioned (and fume-free). There are adequate electronic departure/arrival status screens to keep passengers posted on schedule and timings. 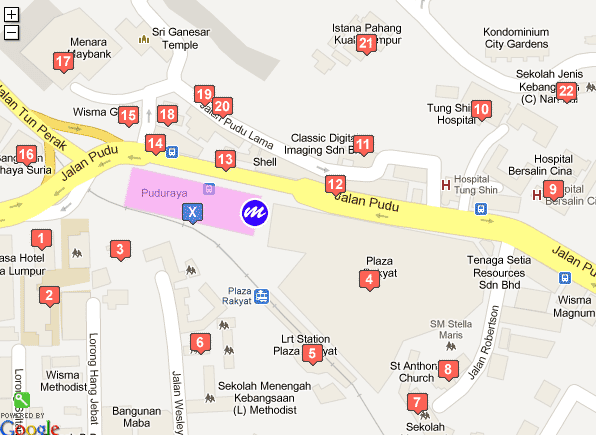 The Star Shuttle performs service routes from Puduraya to LCCT.

There are two information counters and a Police booth on the ground floor. The Genting Highlands taxi stand is still there on the first level of the car park. Resort World’s coach to Genting Highlands and Star Shuttle bus to LCCT airport operate from Puduraya as well.

Parking rate for the multi-level car park is RM3.00 for the first hour and RM2.00 for every subsequent hour. Grace period is 15 minutes.

Puduraya Hotel above the terminal is also being refurbished and now renamed to Ancasa Express Hotel. With Puduraya’s re-opening, the Bukit Jalil Temporary Bus Terminal is now closed. Puduraya will handle northbound inter-city and express buses. Many of the buses here will also use Hentian Duta as a secondary station where passengers can also board and disembark. The hastily built (temporary) Terminal Bas Jalan Hang Tuah in front of IPK KL will become a bus holding area. 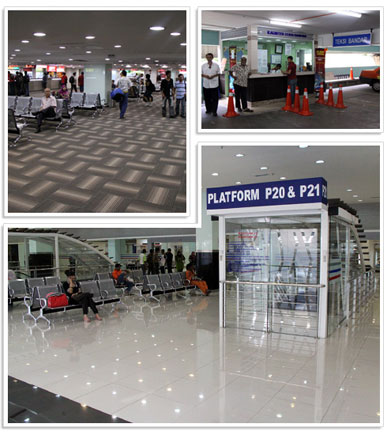 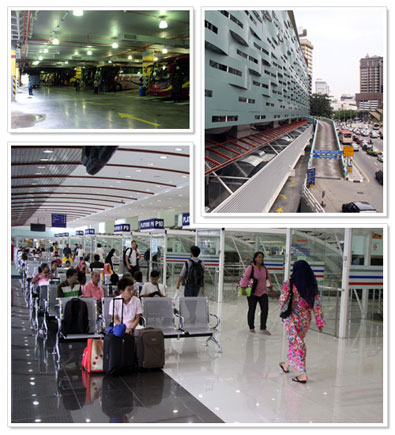 How to get to Pudu Sentral (Puduraya)

Pudu Sentral is situated along Jalan Pudu, near Chinatown (and the popular Petaling Street). Each taxi driver will know where to find the bus station, but you could make use of public transport to get there. Rapid KL Plaza Rakyat metro station lies opposite Pudu Sentral.

There is a taxi counter at the bus station, where you can buy a taxi ticket for fixed prices (similar to KL Sentral where you also have a fixed price taxi counter) which is a real improvement compared to the times where you had to haggle for ages to get a decent price. If you persist on getting a taxi that drives on the meter you are better off stopping a taxi along the road once you have crossed Jalan Pudu via the pedestrian bridge.

The Puduraya station is the main bus station terminus in Kuala Lumpur, Malaysia. Long-distance buses arrive and leave from Puduraya for all over Peninsular Malaysia, and also Thailand and Singapore. Puduraya is especially busy during public holiday and festive periods.

As of 2006, Puduraya had underwent a renovation costing about RM3 million. Facilities such as a hotel, bank, and food stalls are located in the Puduraya building. Serving as a hub for outstation buses since 1974, the iconic Puduraya will soon be converted into an inner-city bus terminal.

The current operator of this bus terminal is Uda Holdings. 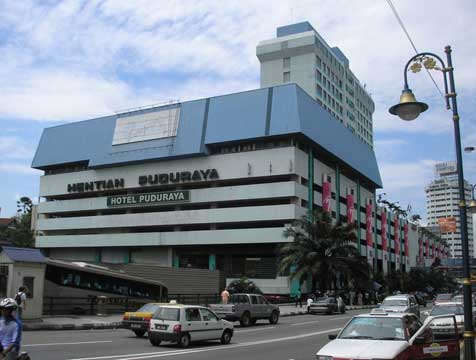 The exterior of the Puduraya (before renovation). 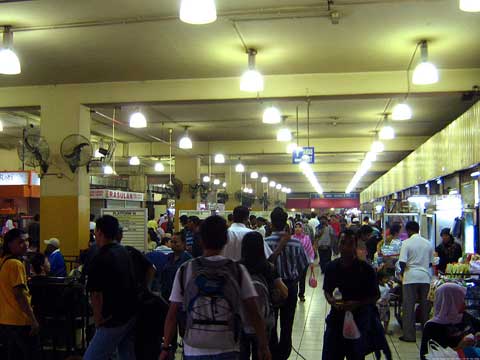 An interior of Puduraya (before renovation).

(Visited 1,443 times, 1 visits today)
This website is designed and maintained to search, gather, analyze, organize, categorize, and publish the widely available information related to LCCT, available both online and offline, for the sharing and benefit of visitors who will be using the Malaysia's LCCT (Low Cost Carrier Terminal) facilities to visit Malaysia. Read more about us. FYI: www.lcct.com.my is not affiliated, associated, not in any business relationship with Malaysia Airports Holdings Berhad (MAHB), the company in charge of operating the Malaysia's LCCT (Low-cost Carrier Terminal). Also, this website is NOT subsidized, funded, sponsored, endorsed, officially approved by MAHB or any airlines, food, telco, transport and many other companies mentioned. The privacy of our visitors to www.lcct.com.my is important to us. Please review our privacy policy.