The Hentian Putra Bus Terminal caters to express buses plying the east coast states of Pahang, Terengganu and Kelantan. Passengers travelling to Central Pahang towns such as Raub, Kuala Lipis, Bentong, Temerloh and Kuantan should board from the Pekeliling Bus Terminal instead.

The Hentian Putra bus station is operated by DBKL and also serves as a multi-storey car park. Amenities there include a baggage storage service, snack kiosks and a surau.

There is also a taxi stand at the back of the building. The RapidKL PWTC LRT station is across the road, next to The Mall.

On the adjacent end is the Putra Komuter Station (Putra Railway Halt).

From the Bank Negara junction, take Jalan Kuching and exit into PWTC. When driving from Jalan Pahang or Jalan Tun Razak, go up the flyover at the Jalan Ipoh interchange and turn left after the Bomba. PWTC will be on your left and Hentian Putra on your right.

The entrance to the car park is at the traffic light junction where The Mall is located. You can also take Jalan Raja Laut (one-way) and turn left at the Chow Kit junction. 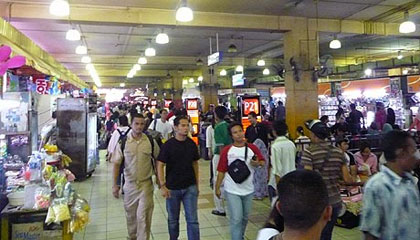 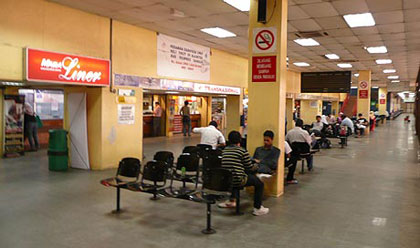 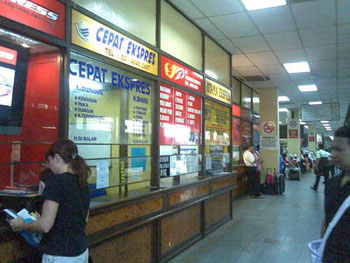 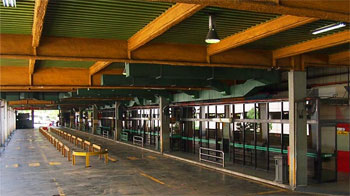 (Visited 1,390 times, 1 visits today)
This website is designed and maintained to search, gather, analyze, organize, categorize, and publish the widely available information related to LCCT, available both online and offline, for the sharing and benefit of visitors who will be using the Malaysia's LCCT (Low Cost Carrier Terminal) facilities to visit Malaysia. Read more about us. FYI: www.lcct.com.my is not affiliated, associated, not in any business relationship with Malaysia Airports Holdings Berhad (MAHB), the company in charge of operating the Malaysia's LCCT (Low-cost Carrier Terminal). Also, this website is NOT subsidized, funded, sponsored, endorsed, officially approved by MAHB or any airlines, food, telco, transport and many other companies mentioned. The privacy of our visitors to www.lcct.com.my is important to us. Please review our privacy policy.